Also known as "door-to-door", Direct Selling keep on growing worldwide as a commercial model based on networking and personal attention, in spite of e-commerce and Social selling

In 2017, Brazilian Direct Sales companies reached R $ 45.2 billion in revenue, through 4.1 million active entrepreneurs. Worldwide, is a market above USD 180 billion per year, with more than 107 million independent resellers and dealers. Read more in this ABEVD link

Direct Selling is a powerful and serious commercial model, based on independent resellers, usually linked in a monolevel teams structure managed by a Sales Force manager, like Natura, Avon, Jequiti and Boticario (just to mention top Brazilian monolevel players, with revenues around USD 1 Billion/month), or multi-level leaders-based teams from mega companies like US-based Amway, Herbalife and Brazilian Hinode (which model is also known as "Network marketing").

Direct Sales inception started with Avon, back in 1886, unfolded new ways to reach customers and increase reseller team with the so-called "party-plan" meetings model improved by Tupperware in 1940 decade and grew with the multi-level model created by Amway in 1959. Direct selling should never be confused with direct marketing, let alone affiliate program; it keeps on being an up-to-date model and a powerful sales engine thanks to its adherence with modern tools as e-commerce, social media, chatbots, remote conferencing and LMS, which keep its convenience essence and network principles.

If you're interested in know it better, and wish to talk about this successful commercial model, in order to know if it fits to your business, talk to me! 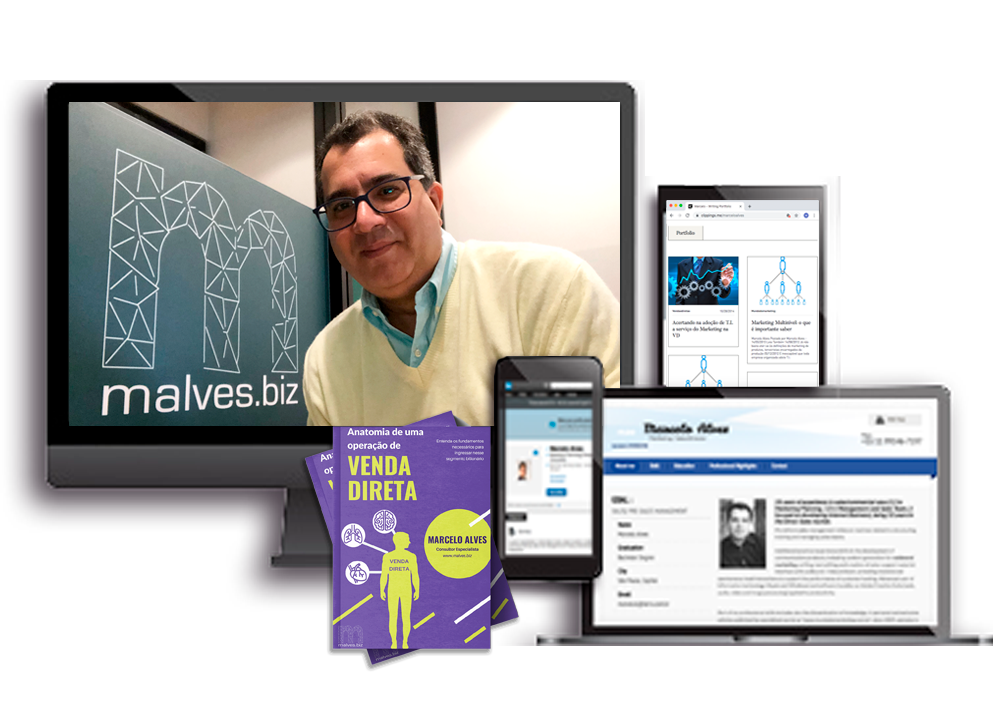 Contact Me!
I will be happy to be part of the succes of your project!